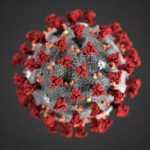 Over the last few weeks, and more especially over the last few days, there has been a veritable media storm, both in the UK and elsewhere, regarding the approaching Armageddon driven by coronavirus (Covid-19).

This is not to say that Covid-19 is something to be taken lightly – far from it. Any serious analysis of the scientific data, for example from the World Health Organisation, soon dispels the myth that Covid-19 is ‘just like ‘flu’ or that ‘only the old and frail will die from it’. Unfortunately, Covid-19 ticks all the wrong boxes, especially in comparison with influenza: its mortality rate is at least ten times higher (although in the UK this figure is skewed by a lack of testing), the severe and critical infection rates are higher, as is the reproductive number (the number of other people that one person with the virus will infect). And, of course, at present there is no vaccine.

Furthermore, and perhaps this is getting to the knub of the problem (and the panic), unlike even more serious diseases, for example Ebola and SARS, this one is spreading like wildfire across the West, instead to being confined to Asia or Africa. And in doing so it is not only exposing the vulnerabilities of individuals and national health services in these countries, but also the whole way of life of these societies and everything their citizens take for granted.

From a Lacanian position it is tempting to think of Covid-19 as the Real; as some nameless Thing that has come to rupture the fabric of the Symbolic-Imaginary and wipe out the human race like some alien invasion force. However, I think this would be a mistake, or, at the very least, too simplistic. Covid-19 is a virus that has been extensively researched over the last few months, and a great deal is already known about it, including its epidemiology and genome sequencing. In other words, there is a rapidly growing scientific discourse of Covid-19, which means it is not in the domain of the Real at all, but rather the Symbolic-Imaginary.

This is even more true when you look at the media (and political) discourse of Covid-19, and this brings me back to the media storm I mentioned earlier. The basic message is that life as we know (or, rather, knew) it will never be quite the same again and that we live in ‘unprecedented times’. In the UK, parallels are already being drawn with the dark days of the Blitz, which rather undermines the ‘unprecedented times’ argument, and in any case are completely inaccurate. In the Second World War people were encouraged to come together, not self-isolate. Furthermore, in the 1940s the enemy was visible and external; in 2020 the enemy is invisible and internal. Everyone, including members of your own household, is a potential carrier of the virus and therefore a potential ‘enemy’. So in one sense, yes, we truly do live in ‘unprecedented times’, but in another sense perhaps the whole idea of ‘unprecedented times’ is itself not without precedent.

In order to explain what I mean by this I think it would be helpful to take a step back and reflect on another Armageddon; one whose centenary has recently been marked, namely the Great War. The key point here is that in both intellectual and popular discourse this was portrayed as the end of the world as we know it, and the ushering in of a new one. Interestingly, perhaps, discourse of the Second World War did not use quite the same apocalyptic language, at least in the West, even though in many ways it was far worse, particularly in Eastern Europe, than it had been in the First (although it could also be argued that the Great War never really ended in 1918, and even now its effects are still being felt). But going back to the discourse of the Great War, as I have pointed out elsewhere a distinct narrative started to emerge even before the (official) end of hostilities; what Samuel Hynes has called ‘The Myth of the War’ [1] and what I have defined as the trauma narrative of the Great War. In essence, this narrative (Hynes’ ‘myth’) was based around the idea of a whole generation traumatised and disillusioned by the War, and that the War itself represented a rupture in the fabric of history. And essentially this narrative has endured until today.

However, what is particularly interesting from a psychoanalytic point of view about this narrative is that in incorporates the idea of trauma within itself. In other words, the narrative/myth is based on the idea that the War was hell; that it wrecked lives on an industrial scale, both physically and mentally; that a whole generation of young men (and to a lesser extent, women) were betrayed by ‘the old men’ (the generals, the politicians and their apologists). As Hynes points out, an important element in the construction of the Myth of the Great War, which was not finally completed until the early 1930s, just as another, even more catastrophic, war loomed on the horizon, was the idea of a ‘before’ and ‘after’ the War. This idea of a ‘before’ and ‘after’, ‘pre-war’ and ‘post-war’ operated at least two different levels. Firstly, in subjective terms it was a way to define how individuals experienced the war (although most of the accounts we have of this are of the articulate, officer class, rather than the ‘rank and file’). One of the key themes to emerge from such accounts was that of a ‘pre-war self’ and a ‘post-war self’, and in between lay an unfathomable void. Such ‘post-war selves’ were totally changed from their ‘pre-war’ predecessors, and in many cases, totally fractured. The war experience is often portrayed as a growing disillusionment and a form of ‘growing up’ or ‘coming-of-age.’

At another level, the level of social and cultural history, the Great War is often portrayed as a turning or pivotal point, and again there is a sharp distinction between ‘pre-war’ and ‘post-war’. This gives rise to the myth of ‘lost innocence’, ‘Edwardian summer’ and so on. The ‘pre-war’ world is ‘another place’, an anachronism. One of the tragic ironies here is that, in the lead up to the War, many of those who lamented later on about the ‘lost generation’ were only too keen to see a destruction of the old order, had become tired and weary of the ‘Edwardian summer’, and could hardly wait for the ‘cleansing’ apocalypse to come.

But an even greater irony, perhaps, is that in many ways the apocalypse failed to materialise, or at least not to the extent that many dreamed of. Yes, a great deal changed, but a great deal did not. Furthermore, as Hynes and many others have pointed out, things were by no means rosy in the Edwardian garden, and in many ways the Great War was simply an interruption of growing internal conflicts on the home front; in the case of Britain this included simmering class conflict, problems in Ireland, and an increasingly vocal (and violent) women’s movement. After the war (and to a certain degree, even during it) such conflicts continued. So in fact there is a good case to be made that the Great War was not so much a ‘rupture’ in the fabric of history, but rather part of a gradual and continuous ‘tearing’ of such a fabric.

The point I am making here is that the irony, cynicism and disillusionment which developed during the War and continued apace in the aftermath does not equate with a loss of meaning or with trauma. Rather, such sentiments are all different ways to reshape the experience of the War, and to try and detraumatise it. Or perhaps it might be more helpful to think in terms of what lay behind or beneath (or even beyond) the War; in other words, the Myth of the Trauma of the Great War (for want of a better way to describe it) was (and still is) a way to circumvent the Real trauma of history itself. This links closely to Cathy Caruth’s argument in her book Unclaimed Experience, [2] in which she uses Freud’s concept of Nachträglichkeit as a way to develop the idea that history is essentially one big trauma narrative. In other words, history (both on an individual and a collective level) is an attempt to ‘make sense’ of what is essentially a meaningless experience.

How does all this relate to Covid-19; or, rather, the narrative of Covid-19? As I mentioned earlier, the current media narrative is essentially that things will never be the same again, that this is all unprecedented, etc, etc. This may all be true – but perhaps not entirely. Just as there was a mixture of continuity and radical change in the wake of the Great War, so I suspect the same will happen in the wake of Covid-19. If the science is anywhere near right, this is not the end of the human race or civilisation as we know it; to put it bluntly, most people who are infected (and this could indeed be a very large number) will recover; only a small percentage will die (which is, of course, too many). So ‘objectively’ life will continue. Subjectively, however, it will probably be another story. And perhaps this is the critical point and also demonstrates the paradox of the trauma narrative of Covid-19; as with the Myth of the War, it is designed to detraumatise the experience by trying to ‘make sense’ of it – even if this involves articulating how senseless it is.

Herein lies the real problem: at the core of the Covid-19 trauma narrative there lies a Real trauma, something which truly is beyond sense, beyond meaning. And, I would argue, it is not the virus itself, which as I pointed out earlier is already becoming formulated into a complex scientific narrative. Rather, it is what the virus exposes about ourselves and our culture. For many people, the dreadful images being beamed out the hospitals in northern Italy are probably the first time they have seen what actually goes on in an intensive care unit (ICU). Perhaps what they don’t appreciate is that this is what the medical staff in these units have to deal with on a daily basis. One of the horrible things about Covid-19 is that it attacks the respiratory system and causes pneumonia, which means patients literally drown in their own lung fluid. Whatever fantasies we may have about the idea of a ‘noble and dignified death’ (which preferably will always happen to someone else), Covid-19 shatters them to pieces.

And perhaps the other terrifying thing about Covid-19 is that it exposes death on an industrial scale, at least for those of us in the cocooned West. Images of field hospitals and temporary morgues being constructed across major Western capitals, along with troops on the street and empty supermarket shelves, do indeed have an eerie resonance with similar images from times not so long ago. Perhaps this is a good point to conclude and to invoke Poussin’s Et in arcadia ego (‘Even in Arcadia, I, Death, hold sway’).